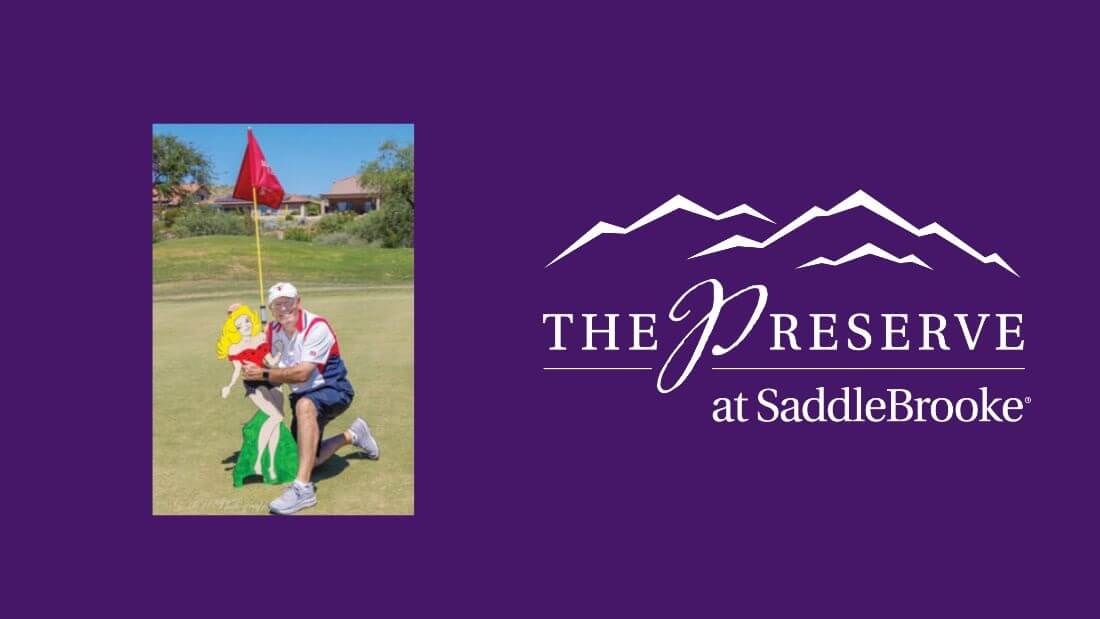 The backwards, backwoods, out-in-the-boonies village of Dogpatch was so small and closely knit that it was near impossible for the family lineage to stay in the lines, and if the kith and kin untangled the twisted branches of the family tree, they just might discover they were one big happy family of country cousins. This might help explain why Sadie was the drop-dead homeliest gal ever seen in all them thar hills. Old Man Hawkins wanted to do right by his 35-year-old single Sadie and get her saddled up with a bubba beau before her shelf life as a contributor to the Podunk pedigree expired, and he came up with a bubba bangarang plan that has been carried on since 1934.

This folklore was turned into golf lore during the MountainView Preserve Sadie Hawkins Golf Event. This year, the wimmin folk chased the fellers, and as long as you caught one that wasn’t your own spouse, he was legally obligated to golf with you. Nineteen four-person teams began the race around MountainView trying to capture the lowest overall score, playing two best net balls per hole on the front nine, and Shamble two best net balls on the back. The very serious contestants got their funnies enjoying gimmicks such as using only a driver on holes number 2 and 11, holing out in the bunker on holes number 8 and 13, and putting through the cutout on holes number 7 and 10.

After playing around with their catch from the SaddleBrooke Patch, the hillbilly hicks and chicks packed up their sticks and hoofed it to the ballroom, hoping for some mountain moonshine to wash down their pork rinds and some kind of fancy-schmancy roadkill dish, like roasted possum with apples and yams. But when Sharon Guest and Emily Brown served up the Bubba-Que pulled pork sandwiches, coleslaw, chips, and cookies, they were truly in hog heaven. Bartenders Claudia Kelly and Jon Stroud poured the Yokum Special made with blackberry gin, cranberry juice, tonic, and lime. One little sip, and your Sadie was already starting to look a little on the purdy side.

Our Podunk pros Matt Hudson, Mike Karpe, and Richard Easley helped with the scoring and announcements.

First place in the three flights was as follows:

Closest to the big hole between Sadie’s two front teeth on the par-three greens were:

These slick hicks all won money to spend at the Country Bumpkin Outpost.

A big hillbilly hoorah for Catalina Family Dental, our key event sponsor since 2002. Perhaps they can help determine whether that bighearted, big-grinning Sadie had too many teeth, or too few, and get her mouth in working order for her first kiss. Hootin’ and hollerin’ for Event Chair Brenda Creel and her hayseed helpers Midge Borchert, Kim Cox, and Donna Yon.
It had been quite some time since any of these old Brooke Bubbas had been chased, and they obviously enjoyed the cheap thrill. It was fun trading partners for a day, whether you thought you had traded up, traded down, or discovered that you didn’t have much trade-in value yourself. No one wasted time trying to make a trade for a younger model, as that’s near impossible around here, and most didn’t care, just as long as they got to golf. After the sun set, everyone wanted to go home with the one they were already shackin’ up with, and everyone knew they wouldn’t trade the wonderful life we have at SaddleBrooke and The Preserve at SaddleBrookefor anything!

About The Preserve at SaddleBrooke

Learn more about the Arizona retirement lifestyle at The Preserve at SaddleBrooke today. Search luxury new homes for sale, discover the active 55+ lifestyle, and much more!