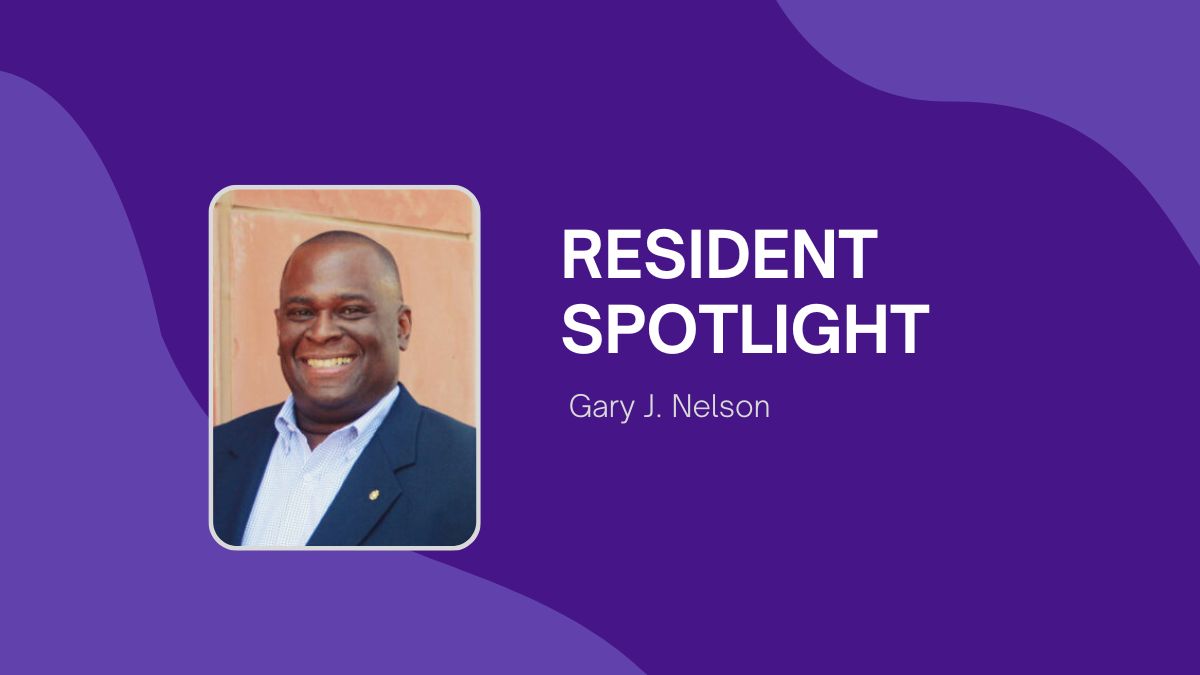 PebbleCreek resident Gary J. Nelson was  recently honored for career achievement. As an architect with the Phoenix Office of the City Engineer, he was awarded the prestigious Architects Medal by the American Institute of Architects (AIA) Arizona Chapter. Since the award’s inception in 1981, Nelson is the first African American to receive this honor. He also is the first African American architect to be employed by the City of Phoenix.

The AIA Arizona Architects Medal honors and celebrates members of the organization who have advanced the profession of architecture. It recognizes their outstanding professional achievements and sense of social responsibility. The nominee’s achievements must be an advancement of the profession.

“Winning this award is one of the highlights of my 37-year career as an architect,” said Gary. “I became an architect to make a difference, not just in the building environment but in the community as well. As a recipient of the AIA Arizona Architects Medal, I am honored and proud that my passion and contributions through my profession were recognized by my colleagues.”

During his 37-years as an architect, Nelson has compiled an impressive list of professional achievements. He also serves as an advocate for minorities and women within his profession.

As an architect with the City of Phoenix, highlights of his projects include the Weather Respite Shelter on 27th Street and Washington Street, the Phoenix Convention Center shoring wall, Fire Station 62, the renovation of the Footprint Center in downtown, and Operation Patch and Paint neighborhood commercial rehabilitation.

Nelson is the founder of the Arizona Chapter of the National Association of Minority Architects (NOMA). NOMA is a community-based multicultural organization that has programs to introduce architecture to youth in underserved communities, mentor college and emerging professionals, and increase the number of minorities and women in architecture. Less than 2% of registered architects in the United States are African American. In October 2022, during its national conference, NOMA selected NOMAarizona as large chapter of the year.

In his second term as NOMA West Region Vice President, Nelson led the organization’s expansion into the West Region, growing it from three chapters in 2017 to eight by 2022, with the most recent chapter addition coming in Utah.