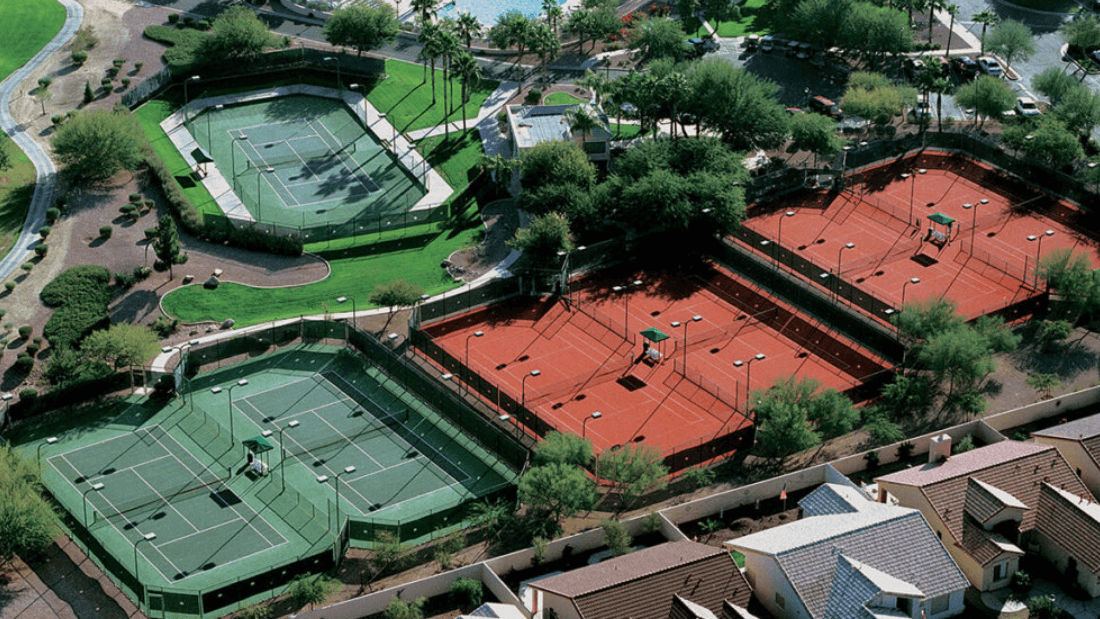 The Stingers, ladies 3.5 tennis team, have had an incredible year so far. They are first place in their league, with the fortune of playing most of their games at PebbleCreek. Doing their part to keep everyone safe, all visiting competitors have been very gracious in following CDC guidelines. 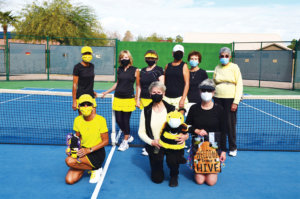 A Little History about the PebbleCreek Stingers Tennis Team

The PebbleCreek Stingers formed between 2000 and 2002. They are part of the West Valley Women’s Senior Tennis League, 3.5 Women’s Doubles. There are nine teams in this league. The leagues must follow the USTA rules for all competitions. This team really ranks since they have won the trophy in past years. Currently, the Stingers allow 15-24 players, with the average age being 65-75.

What does it take to be a Stinger? A positive attitude, sportsmanship, team spirit, dedication to the team, and, a very important trait, a good sense of humor! In order to be a senior player, you must be at least 50 years old and, for the Stingers, ranked as a 3.5 player.

When asked about their favorite matches or notable players, the answer has been all matches are memorable and exciting. There are a few players who may make certain opponents a little anxious, like Jo Terry and her sister Jude Tarkowski. They bring excitement to the rallies, which are very long and exhilarating. Then there is Sally Ward, known as “Three Set Sally.” As her partner, be prepared to play three sets. There have been many memorable players, past and present, who have competed throughout their adult years. Experience is key to team playing.

COVID has changed so much of the way the Stingers have been able to play, watch, celebrate their accomplishments, and develop their friendships. Under normal conditions, the “Bees” (retired players) come to cheer on their team. Before COVID, water, snacks and socializing followed match play, which reinforces community building throughout the league. This may be the current situation; however, there is nothing that can take away from the support each player offers the team. You can’t eat or drink kindness, compassion, nor spirit. The team supports each other during life’s challenges such as illness, surgeries, physical therapy, and the loss of loved ones. The “Hive” swarms in to help or just bring comic relief to whatever situation a teammate may be experiencing. The sisterhood of caring is what makes the team the success it is.

Ms. Buzzer is their biggest cheerleader and an inspiration to the team, rescued from the sale rack at a C-A-L Ranch store. Her presence at the matches has a powerful effect on each player. If she is missing, the Stingers feel the void.

The captain of the Stingers is Dottie Kiley and the co-captain is Karen Lodico. Dottie has been the captain for eight seasons and Karen for nine. Under their leadership, a truly amazing team of players comes together to do what they love in PebbleCreek, play tennis!