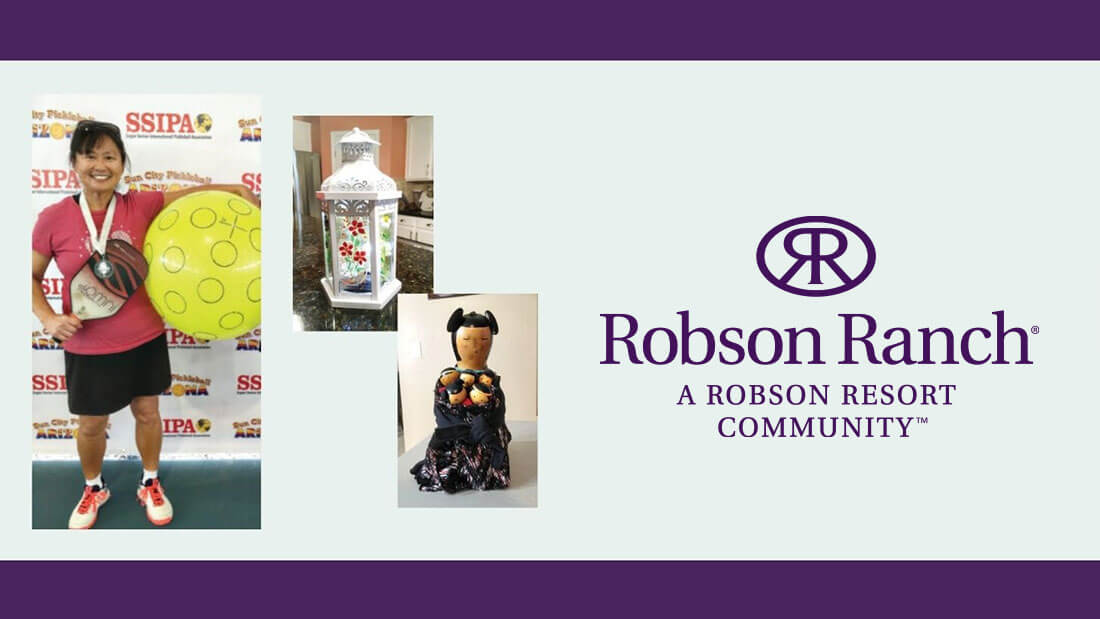 Doris Betuel and her husband Ken have lived at Robson Ranch Arizona for a little over four years. They have a menagerie of two dogs, two horses, and a miniature donkey. The horses and donkey followed them from Oregon where they lived for 21 years. In Oregon, she was a Human Resources manager for 15 years. Prior to Oregon, they lived in the San Francisco Bay Area where Doris was a scientist for 20 years. Her careers are as varied as her animals. For a while, she was briefly a secret shopper combining her love of shopping and analyzing human behavior!

Doris, also known as the “Energizer Bunny,” has many interests that keep her busy. She loves fused glass, Pickleball, gourd art, and more recently, painting. She said she always wanted to paint but never found the time. Being trapped at home during the pandemic gave her the time to explore the new passion. She is vice president of administration of the Fused Glass Club, a member of the Stained Glass Club, treasurer of the Robson Gourd Club, and secretary of the Robson Ranch Arizona Pickleball Club. Whew!

Recently she discovered that she likes woodworking too—she made frames for all of her paintings! Is there anything this dynamo doesn’t excel at?

Trivia alert: she is also an honorary ambassador to the American Territory of Guam. If this intrigues you, come find her and ask her how she received that award!