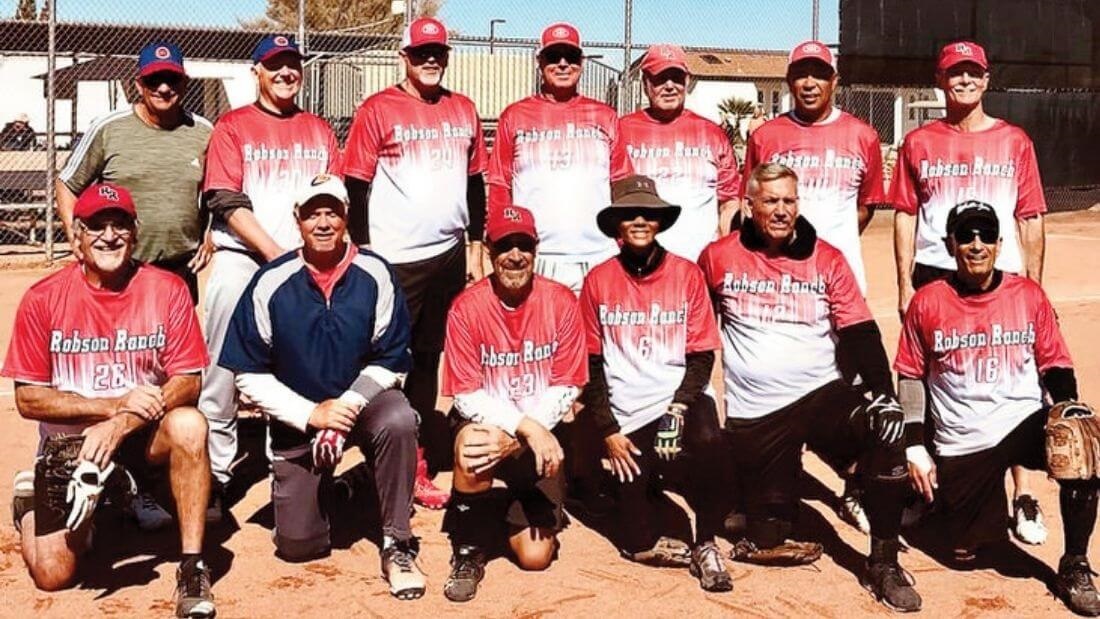 About one-third of the way through the Palm Creek B league season, the Robson Ranch Renegades were limping along with a 2-win and 4-loss record, and no one was talking about them as a contender for the league title. Coach Jim Innocenti says, “We continued to play selflessly despite our mediocre win-loss record and reached a 5-5 record about two-thirds of the way through the season.” The Renegades were able to climb to an 8-6 record and finished in 4th place for the regular season. “We won several games by coming from behind, and carried that never-say-die attitude into the playoffs,” says coach Innocenti.

The second game of the tournament was against the No. 1 seed Jaguars from Palm Creek. “We knew we had a chance as we had beaten them once during the regular season, but it was going to take a team effort,” says coach Innocenti. The Robson Ranch Renegades were trailing the entire game but fighting to stay within striking distance. Their big strike came in the top of the seventh when they scored three runs. As a result, they had a one-run lead into the final half-inning. They held them scoreless to grab the victory and advance to the finals.

The final game had both teams with runs on the board but neither team breaking away. Their two-run lead became a seven-run advantage when the Renegades scored five in the top of the seventh. After that, they weathered five runs by the Mission Royale Rockets to win by two and secure the championship.

Coach Innocenti wishes to acknowledge Fred Goosens in his role as co-coach and praises his entire lineup for their role this season. “Everybody contributed both offensively and defensively. Everyone was positive and encouraging all season long and made it a pleasure to be part of the team.”

Discover what makes 55+ living at Robson Ranch Arizona so desirable for retirement and learn about the new homes for sale, points of interest around the Casa Grande, Eloy, and Maricopa areas, and the luxury amenities.