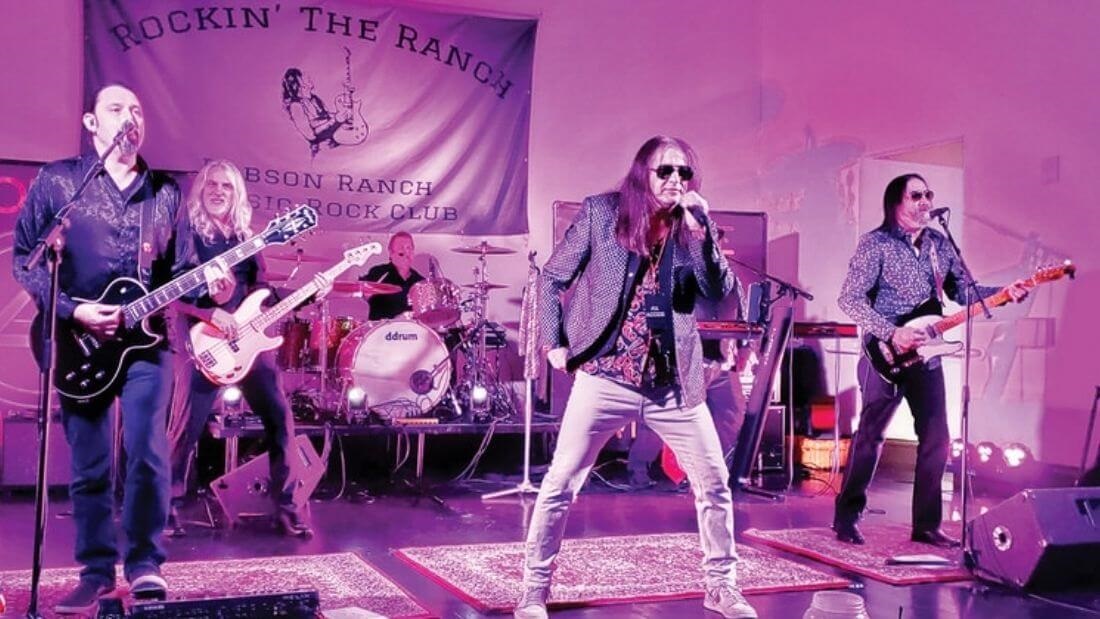 The Robson Ranch Texas Classic Rock Club is once again Rockin’ The Ranch! The club waited a long time to see the Double Vision – Foreigner Experience again. Their first appearance in 2019 was fantastic and well received by the active adults within Robson Ranch. The show was worth waiting for!

Recently, the group took the stage in great style, breaking into their flagship song, “Double Vision.” As usual, the 55+ crowd was ready to rock and up on the floor to move to the band’s groove. Their great musicianship, powerful vocals, and enhanced stage lighting energized the crowd.

Double Vision – Foreigner Experience is a national touring act that started out as Dallas, Texas’ Original Foreigner Tribute band back in 2010. Founding member Russ D. Contreras assembled a new team of musicians in 2016, which is now a six-piece lineup. Members include Shane Zehner (lead vocals), Russ D. Contreras (guitar, vocals), James Young (bass guitar), Dan Nelson (keyboard), Jason Greene (drums), and Shannon Sharp (guitar, vocals). They average 20 years’ experience, so they are seasoned veterans. They have played venues all over the Dallas metroplex, including The Bomb Factory, Lava Cantina, and the House of Blues.

Shane and the band blasted the standards, including “Head Games,” “Cold As Ice,” and “Blue Morning Blue Day.” And they let us slow dance to “I Want To Know What Love Is.” The guys delivered a surprise with Van Halen’s rendition of The Kinks’ “You Really Got Me.” They had the crowd rocking through “Juke Box Hero” and morphed it into some Zeppelin “Whole Lotta Love.” After “Night Life,” they delighted us with a blast of Lover Boy’s “Working For The Weekend.” (What’s a weekend?) With some audience feedback, they closed the show with a reprise of “Juke Box Hero.” Double Vision – Foreigner Experience engaged with the audience and demonstrated great musicianship. All in all, a fun time of music, dancing, and partying.

Everyone enjoyed the delicious orange chicken dinner served by the Wildhorse Grill. Thanks, as always, to Tony Avezzano, Jeremy Trietsch, Shelbi Mascheri Berg, Tom Doty, Jay Vandenbree, Jayne Gornik, Stan Brein, Darryl Williams, Coy Green, Jillian Palmer, and all of the crew and staff who make this happen. Make sure to grab yourself a pair of the new custom logo earplugs.