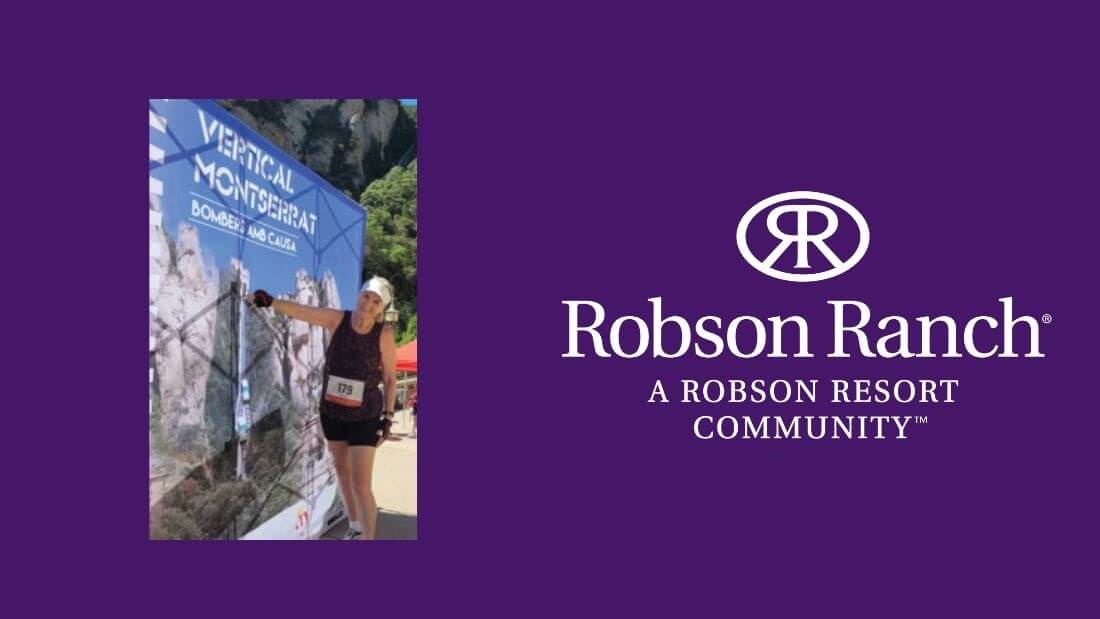 Robson Ranch Texas resident completes Montserrat Climb held in Montserrat, Spain. This was the first time the race resumed after being postponed twice due to the COVID-19 pandemic. This event is the most demanding vertical race in Spain and is included in the international circuit Towerrunning World Association. This event raises funds for children at risk at SJD Barcelona Children’s Hospital.

Robson Ranch resident Marsha O’Loughlin flew to Barcelona, Spain, to compete in the Montserrat Stair Climb. After a short stay in Barcelona, she traveled to Montserrat to prepare for the race. At 77 years of age, Marsha is the oldest competitor ever to climb the mountain. She was overwhelmed with accolades from other runners and police officers because of her age. The police officers wanted to be in a picture with her.

Marsha has been competing in stair climbing events and marathons for more than 40 years in the United States and Europe. In addition, she participated in the 100th Boston Marathon in 1996 by qualifying with a 3:21 marathon in Houston, Texas.

Whether inside this Texas retirement community or elsewhere, Robson Ranch residents Live Life Inspired! If you are ready to explore resort living for 55+ at Robson Ranch, start your new home search here.

Contact us now to learn more about the high-end amenities and inspiring clubs and activities for 55 and older adults.