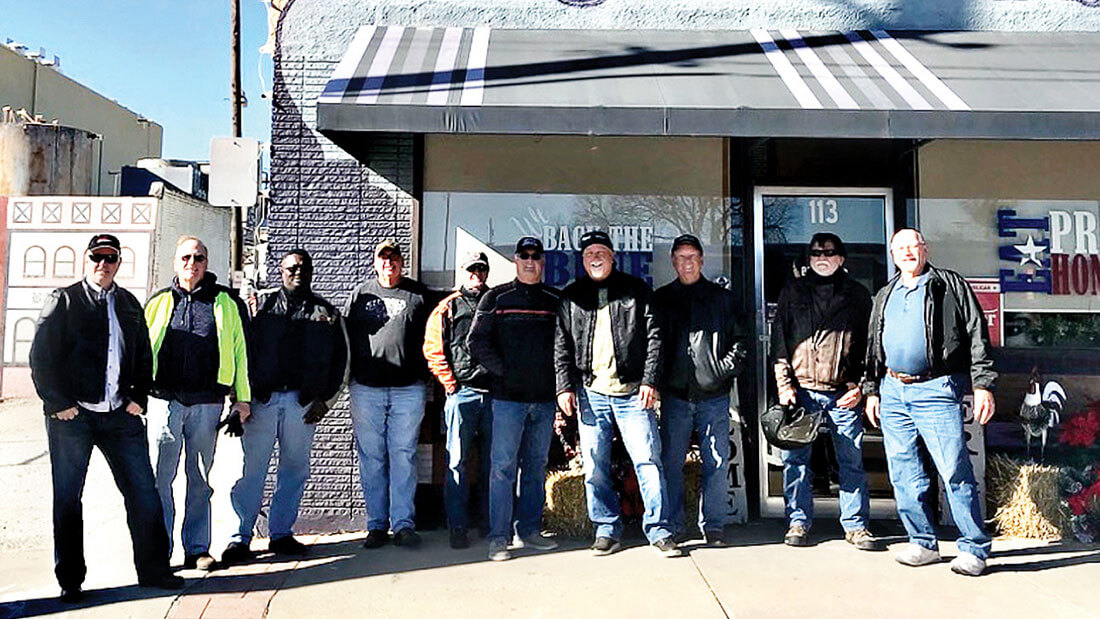 Robson Riders Motorcycle Club: A Reason to Be Thankful!

A big thank you to the wonderful residents of Robson Ranch Texas in Denton and the members of the Robson Ranch Motorcycle Club. In this topsy turvy year where community need skyrocketed, your continued support made our 10th annual Coats for Kids Ride event an overwhelming success. Although the ride itself could not be held, we gathered at American Eagle Harley Davidson to collect coats and celebrate with the good people who organized and contributed to this event. Everyone who attended the event brought at least one coat and many folks brought several. The final count of coats collected was 1,775, with 205 of those coming from Robson Ranch Texas. The collection box at my front door was constantly overflowing. 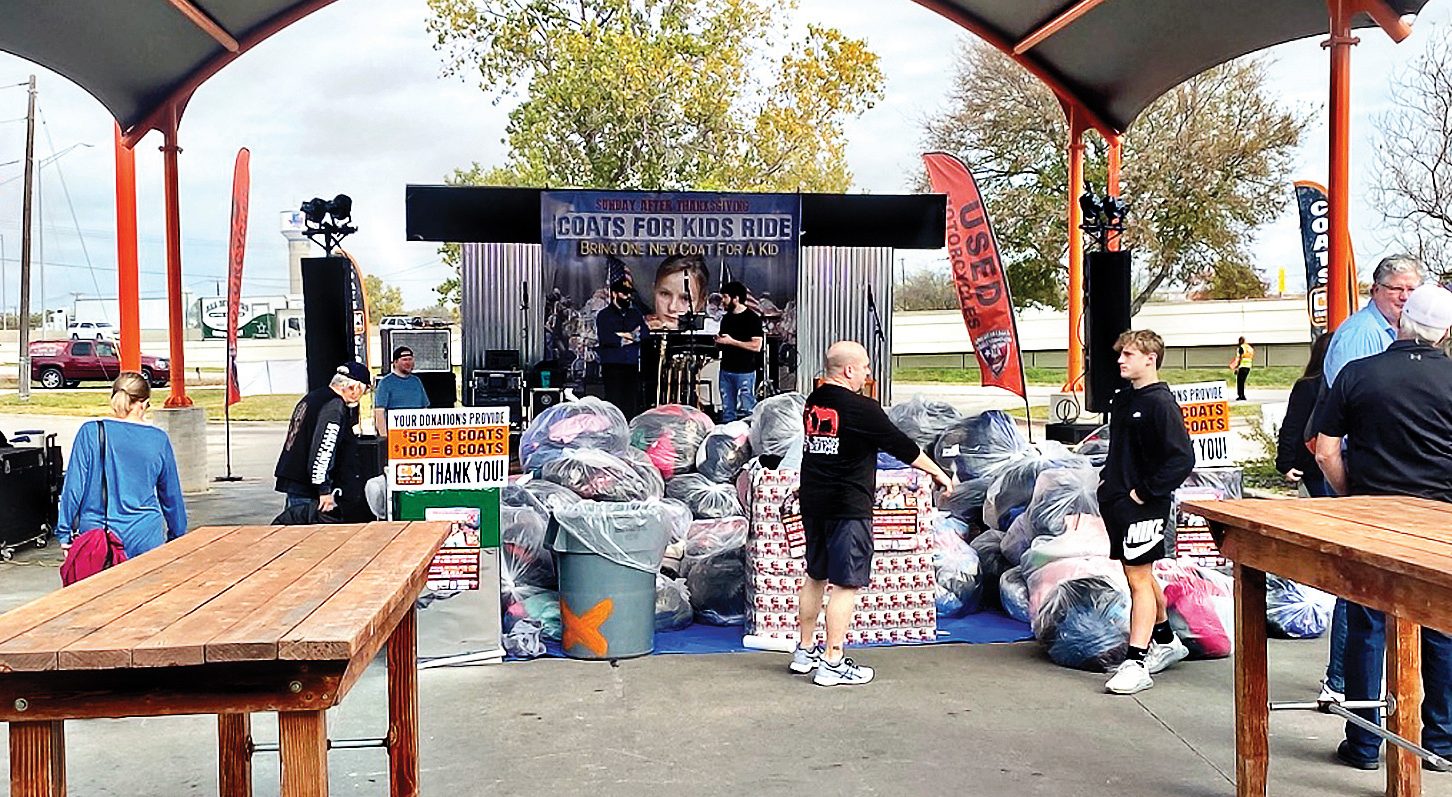 The coats were gathered and sorted at the Denton Independent School District Service Center under the coordination of Barb Haflich, Coordinator of Social Services. They were then distributed to representatives from every district in Denton County: Aubrey, Decatur, Krum, Lake Dallas, Lewisville, Little Elm, Ponder, Sanger, and Denton. We are indebted to so many folks for this success. I would like to give a special thank you to Jan and Dave Riddle for their work with the Kiwanis Club, and Cherlyn and Bob Conway and their NxNW neighbors for efforts above and beyond the call of duty.

In an effort to get back to some semblance of normalcy, the club had a lunch ride to Doc’s Bar and Grill in Muenster, Texas. This destination is a double favorite for riders, given the great menu offerings and the scenic route to arrive there.

The club board members met in December to begin planning for what 2021 will look like. With an optimistic outlook, we began planning rides to Galveston, the Hill Country, Big Bend, Angel Fire, Native American Oklahoma, Branson, and Arkansas. We also want to resume the regular second Tuesday breakfast/lunch rides and fourth Thursday dinner rides.

I hope that all of you were able to enjoy the holiday season and ringing in the New Year. Here’s hoping that 2021 will get us back toward health, prosperity, and normalcy.

See you on the road!

Beware of cagers and keep the rubber side down.