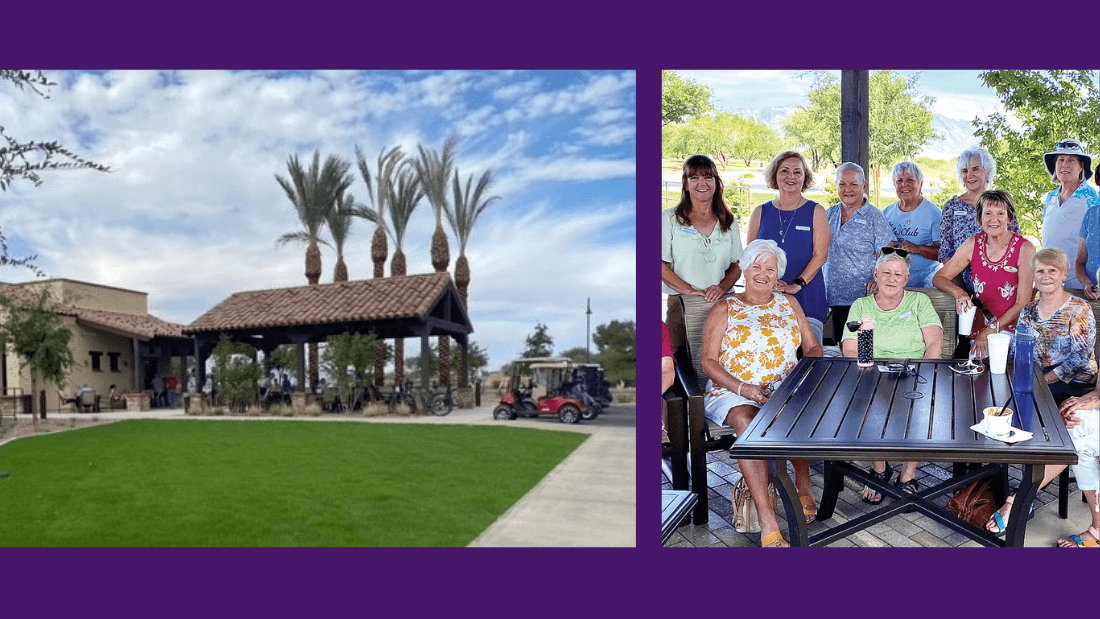 SaddleBrooke Ranch – A Gathering of the Lindas at Ed’s Dogs

About the Linda Club at SaddleBrooke Ranch

The SaddleBrooke Linda’s Club started in 2013 when Linda Harvey and Linda Shannon-Hills (SH) were talking one day over coffee. Linda SH read a newspaper article from her uncle living in Cedar Rapids, Iowa. The article mentioned the upcoming Linda’s Club convention being held in Cedar Rapids. We both thought it was a great idea to start a Linda’s Club at SaddleBrooke Ranch. Our first gathering was lunch in the community casual dining venue, Bistro Veinte.

In the past years, the Linda’s Club members have had lunches together, enjoyed tea at the Lavender Farm in Oracle, trekked to St. Anthony’s Monastery near Florence, visited the Tucson Art Museum, lunched at the Oracle Patio Café, hosted a Linda Trivia Social, and much more.

I bet you know a Linda. I bet she is somewhere between the ages of 52 to 74. Linda was a wildly popular name for girls in the United States from 1941 through 1963. A prime age for most active adult SaddleBrooke Ranch residents. What’s the fascination with the name Linda? I mean, it’s a lovely name—in Spanish it means beautiful—but why number one for six years straight? Linda broke the Mary streak, and Linda seems to be the only popular name attributed to a cultural craze. You may know the song “Linda,” as it was a huge hit for Buddy Clark back in February 1947. Yes, 1947, the same year that the name Linda hit number one with American parents for the first time!
This story has an interesting twist: the song was written in 1942 for 1-year-old Linda Eastman. The same Linda Eastman that would grow up to marry a guy named Paul McCartney—you may have heard of him?

Join the fun of the Linda Club at SaddleBrooke Ranch! The Linda Club is one of the many fun and unique clubs for active adults within this 55+ community. Learn more about the community clubs and activities here.